Representatives from Dathan Tool & Gauge will be attending both the China International Machine Tool Show (CIMT) in Beijing, and EMO in Hannover this year.

Dathan's team from both the UK and China office will be exhibiting under the MTA umbrella in the UK Village on stand W1-416, with the aim to increase the company's visibility in the region.

Dathan will be taking a joint stand alongside their Italian agent Fubri S.r.l. The exhibition will give Dathan and Fubri's customers the opportunity to speak with members of the team and learn about the latest developments and innovations in gear cutting technology. 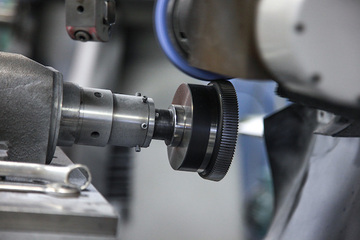 Dathan will attend the prestigious EMO (European International Machine Tool) Exhibition in Hannover from 16-21 September, where they will announce the date of the launch of their new dedicated service centre. Following their successful attendance at the CIMT International Machine Tool Show in 2017, Dathan will again be exhibiting at the show which is due to take place in Beijing this April.